These are the contents for the next Dorkbot Barcelona meeting.
Take note:
Place: Hangar
Time: 7 PM
We are looking forward to see you! 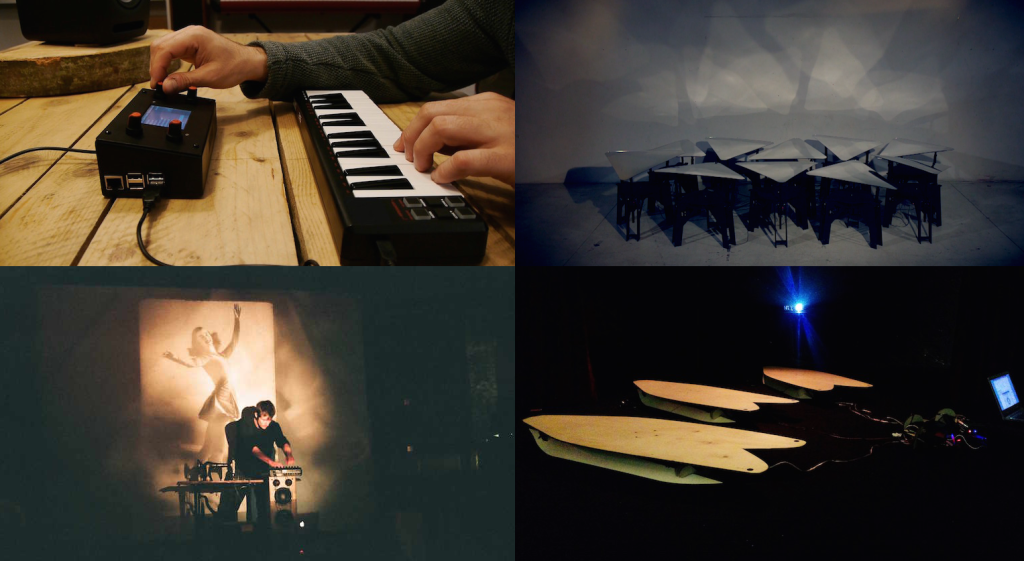 Zynthian is a sound synthesis platform that works on open source software and hardware as it is based on Raspberry Pi. Its small size and ease of use make Zynthian a perfect tool for the studio, audio production and sound design, and live performances. Easy to configure, hackable and update-friendly, Zynthian is open to anybody who wants to build their own Zynthian Box and thus contributing to its software development. Step by step, Zynthian is consolidating its community of users and currently there are people building their Zynthian boxes all over the world.
You can find the complete tech specs here:
https://zynthian.org/#menu-features

Haptical Waves is a dual listening device (auditive and haptic). A generative audio bot plays in real time a musical composition through integral body listening.
The auditive listening is made through binaural sound using headphones, while the haptical listening transports to the body the composition’s sub frequencies through the OHWaveSurf boards.
This dual sensorial experience features a minimalist composition called OHPI, which is based on the 13 dimensions presented by some physics theories. Based on the 27.7(360º/13D=27.7) ratio and its proportions, that proposes a listening experience connected with cosmology and space.
More info:
https://noconventions.mobi/daax/

La Machine a coudre la musique (LMACLM) is an audiovisual performance that wants to induce the audience into hypnotic and oneiric altered states of perception, upon the repetition of both visual and sonic micro-loops.
The piece features a sewing machine that has been transformed into an amplified and digitally processed string instrument that combines three systems that adapt and synchronize each other over time: mechanical (the machine itself), human (the performer) and digital (the processes and effects)
LMACLM was created with the goal to explore natural scales, finding harmonics in a tensioned string that has evolved into a performance. Since its inception in 2012 the piece has been performed regularly at experimental and electroacoustic music events (HS63, Recycl’Art, Le Placard, etc.)

Patricio Rivera is back to Dorkbot, this time, with the kinetic sculpture Ocean Dream.
In this piece, the artist reconstructs symbolically the maritime space crossed by the “illegal” migrants in their attempt to get to the European coasts.
Ocean Dream consists on a set of sound generators based on the behavior of the ocean drum, a percussion instrument that evokes the sound of the ocean waves.

The sculpture moves in real-time from the data collected by a floating buoy in the sea of Lesbos that tracks the movement of the ocean.

The audience experiments sensations that are only “illegal” migrants are able to feel in their flight.

Ocean Dream has been produced within the Hangar artistic residencies program and was selected by the Mostra Sonora i Visual at Convent de Sant Agustí (Barcelona) last June.

The newspaper “The Laboratory Planet” was created in 2007 at the initiative of Ewen Chardronnet and the group of artists Bureau d’études who assumed overall editorial responsibility since.

Publication dependent on funding opportunities, four issues have been published between 2008 and 2011, with mixed prints 5,000 copies in French and 5,000 in English.

The Issue 5 : “Alien Capitalism: Xenopolitics of the Anthropocene” was published on February 4, 2016, for Transmediale in Berlin and funded through a Goteo crowdfunding campaign.

The dissemination was carried out by support networks or at activist or cultural events or interventions in academic contexts.

What: Dorkbot, but more special than usual…
Who: Please read below 😉
When: Saturday September 20th 2014, 19:00 PM
How: As always but this time in a shorter, more performative format!
Where: In Hangar

Some say the cornerstone of the new music industry are the recommendation systems, and there is some truth in it: Genre tags fall short and give vague results, recommending systems that use a social algorithm (aka what our friends listen to) doesn’t have to be specially relevant: your mom and your heavy metal friend from high school are also on Spotify and you don’t have to necessarily share their tastes. Deep down, what the majority of us like is the music that goes along the million moods we experiment throughout the day. 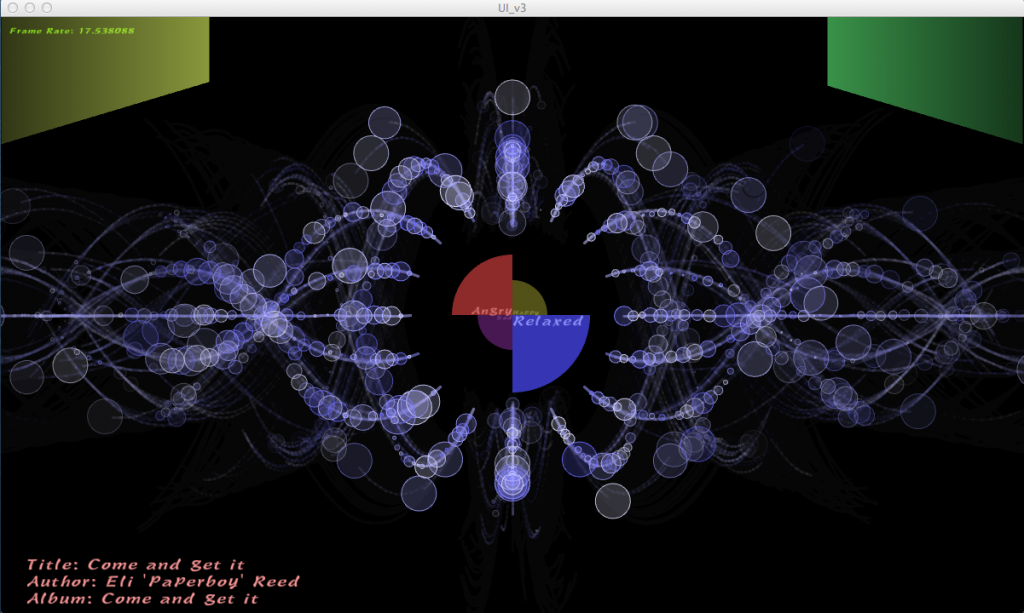 One of the things where there is currently more experimentation is on the music recommendation and playlist generation based on emotions, and here’s where lies the work of Marcel Farrés: Play Your Mood.

Play Your Mood uses Enobio to detect brain activity, extract excitement levels to measure them in real time to define our mood. The best of it all is that it also works the other way round: Playlists based on a particular emotion can be generated to change the mood we are into.

The first version of Play Your Mood was created during Music Hack Day 2013 in Barcelona. Version 2 is part of Marcel’s Senior Thesis and is supported by MTG Stralab and KiiCs project

For further info you can go here https://marcelfarres.wordpress.com/projects/
And here: https://www.hackerleague.org/hackathons/music-hack-day-barcelona-13/hacks/play-your-mood

Marcel Farrés is an engineer specializing in musical and audiovisual technology. https://marcelfarres.wordpress.com/ 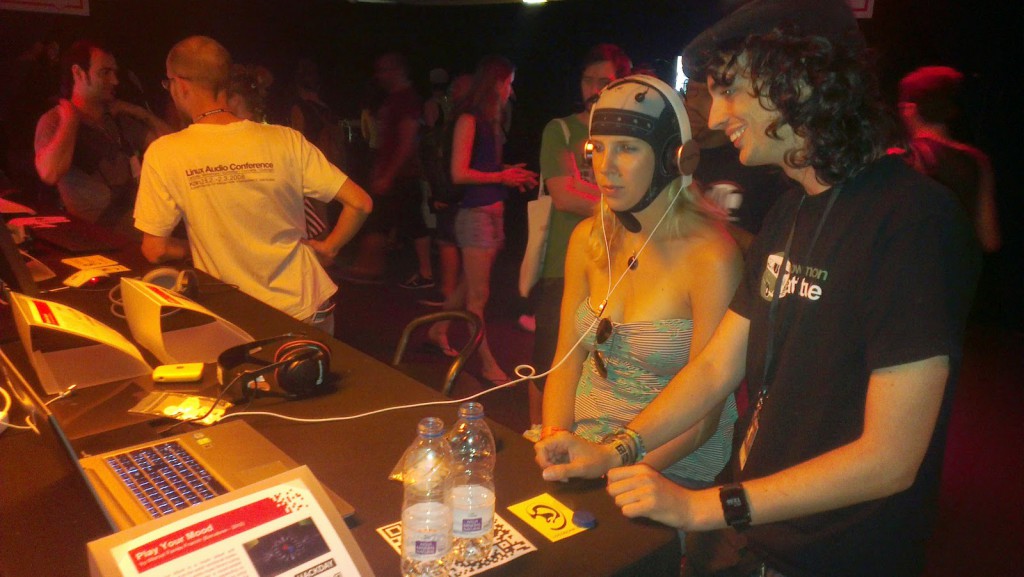 Gottar is a project where dance, performance, music and theater get together with interactive technology. It is a semi-secuential and non narrative show, where artists interact in real time with sound, light and video through motion capture using sensors. 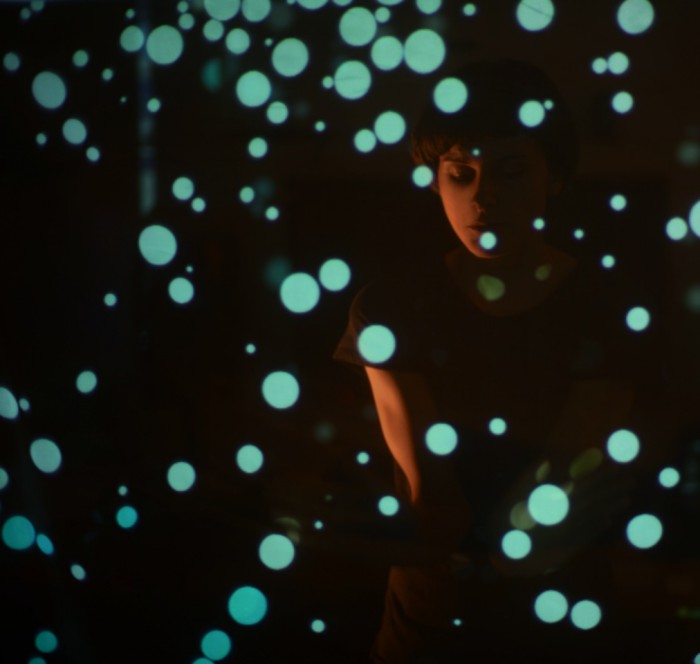 Gottar is born within Yema, an experimental design laboratory that specializes in building new musical and visual instruments based in interaction and motion, and developing man-machine interfaces where artists can find new constructive possibilities.

The Government of Ciudad de Buenos Aires declared this project of cultural interest, and it is supported by the Spanish Embassy through the Centro Cultural de España in Buenos Aires. 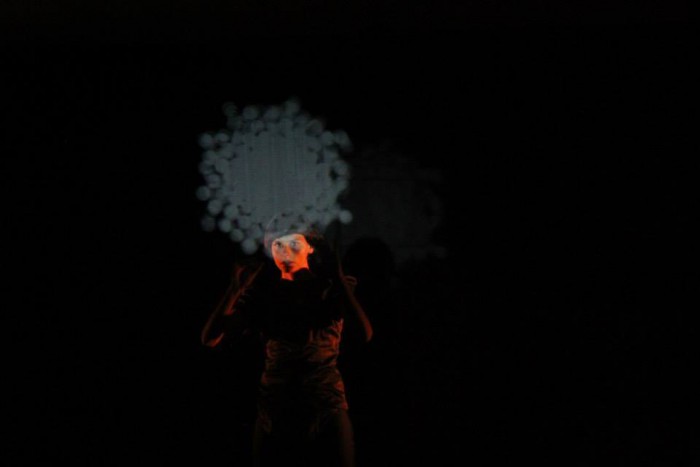 Romina D’Angelo (www.rominadangelo.com). She is a dancer, choreographer, drummer, actress and teacher. She studied in the USA and was part of the groups Fuerza Bruta and Choque Urbano. She does works that based on the research on the relationship between motion, sound and image

Patricio Rivera (www.patriciorivera.com).
He has a masters degree in Business Administration by the University of el Salvador and Deusto (Spain). He is a director of photography, audiovisual producer and an artist. He teaches photography at the Palermo University. He received a grant from the Fondo Nacional de las Artes in 2010, he was selected at the Salón Nacional de Fotografía in 2012. For 8 years he directed Qualia Interactive a company dedicated to the development of interactive platforms. In the Maker movement he develops experimental projects in the fields of electronics, robotics and 3D printing using preferably open source technologies.

Roger Delahaye. He is a composer, producer, multi instrumentalist, sound designer and DJ. He was musical director on the swedish contemporary dance company NorrDans and currently he is working in two experimental and electronic projects: POLTAMENTO y TELESCUELA TECNICA, where he explores the possibilities of sound of DIY electronic and electromechanical instruments and how they interact with the language of improvisation.

Mateo Ferley Yael. He studied sound engineering. Currently he is doing Technological Design studies. He is a free hardware and electronics enthusiast. He is part of the collective Wazzabi, a space for hacking and free culture. Currently he is a maker space startup consultant in Latin America.

A couple of years ago we started to celebrate our Dorkbots during the Hangar Obert activities, and this spring it won’t be any less. Our meeting will be Saturday May 24th at Hangar Get ready for the Dorkbot menu, as always, is full of awesomeness

Keep on reading to find out what we’ve prepared

Hightech Rupestre are Mónica Rikić and Lucía Seguramente, they create projects with low technology and other inventions. They both studied Fine Arts at the UB University and studied the UPF masters degree in Digital Arts (Many of our dorkbotic friends are studiying or have studied this masters!) Mónica is a programmer and has participated in a bunch of international festivals such as SonarKids, FILE, TEI or Ars Electronica. Lucía is a designer and in 2012 she received a Telenoika grant (warranty of quality!) for research and production. They will present us their adventures and experiences and they’ll bring three of their projects: Cup Coder, Jump! and Sonic Caleidoscope. All three projects are based on traditional toys- such as the cup telephone, the jump rope, and the caleidoscope respectively- that are transformed using nowadays technologies.

Befaco is a DIY and open source platform for musical research, dedicated to the construction and development of modular synthesizers, using its very own system. To avoid using interior wiring, all the components are soldered to the mother board.
Befaco’s main activity are the workshops where the different modules are tested and modified according to the experiences and feedback from the workshop participants. Workshops are regularly held in Barcelona, Madrid and Berlin.

By the way, Befaco will be giving a workshop at OneDroneDay festival next June 14th. If you have always been fascinated by these musical instruments full of knobs and colorful cables, it’s your opportunity, as no previous knowledge in electronics is required , just a lot of want-to and a little patience 🙂

If you are a Dorkbot regular possibly remember Ferroluar. Raúl Beteta uses mechanics and recycled metal objects and other scrapping components in a very imaginative way, creating works that are somewhere among kinetic sculpture, robotics and plain magic (his interactive sculptures of animals seem to have a life of their own) A couple of years back Ferroluar joined forces with MID to create the Robot-UFO, that was used at the Three kings parade in Barcelona in 2013. The Robot is controlled by a custom software that uses OSC and DMX protocols, so that the motion of the robot can be syncronized with lights and sound. Inside the robot there is a control panel to drive it like a vehicle, and a hydraulic system to elevate it up to 5 meters high. Aesthetically the robot is inspired by early science fiction and japanese robotics from the 1950s. Since he’s a tall, attractive dude, he became the sensation of last year’s Sónar+D 🙂

In the last months the set of lights and sound has been upgraded and a biped version of the robot has been constructed, and that’s what we are going to see at Dorkbot.

Oscar Sol is a visual artist specialising in creating generative visuals, that has a special interest in technological tools, that let him to analyze and digitalize real world events, to create later on, their audiovisual representations. At Dorkbot he’ll share his creative processes, and the technologies that made possible his two audiovisual interactive dance projects: Oscillare and Trinity, that he has produced under the e Electronic Performers moniker.